SESSION OF SCIENTIFIC AND TECHNICAL COUNCIL OF DSAEU

SESSION OF SCIENTIFIC AND TECHNICAL COUNCIL OF  DSAEU

On June 20, 2019, a meeting of the Scientific and Technical Council of DSAEU was held, in which the first issue was heard information on the dynamics of indicators of certification of scientific activity of the departments in 2019. 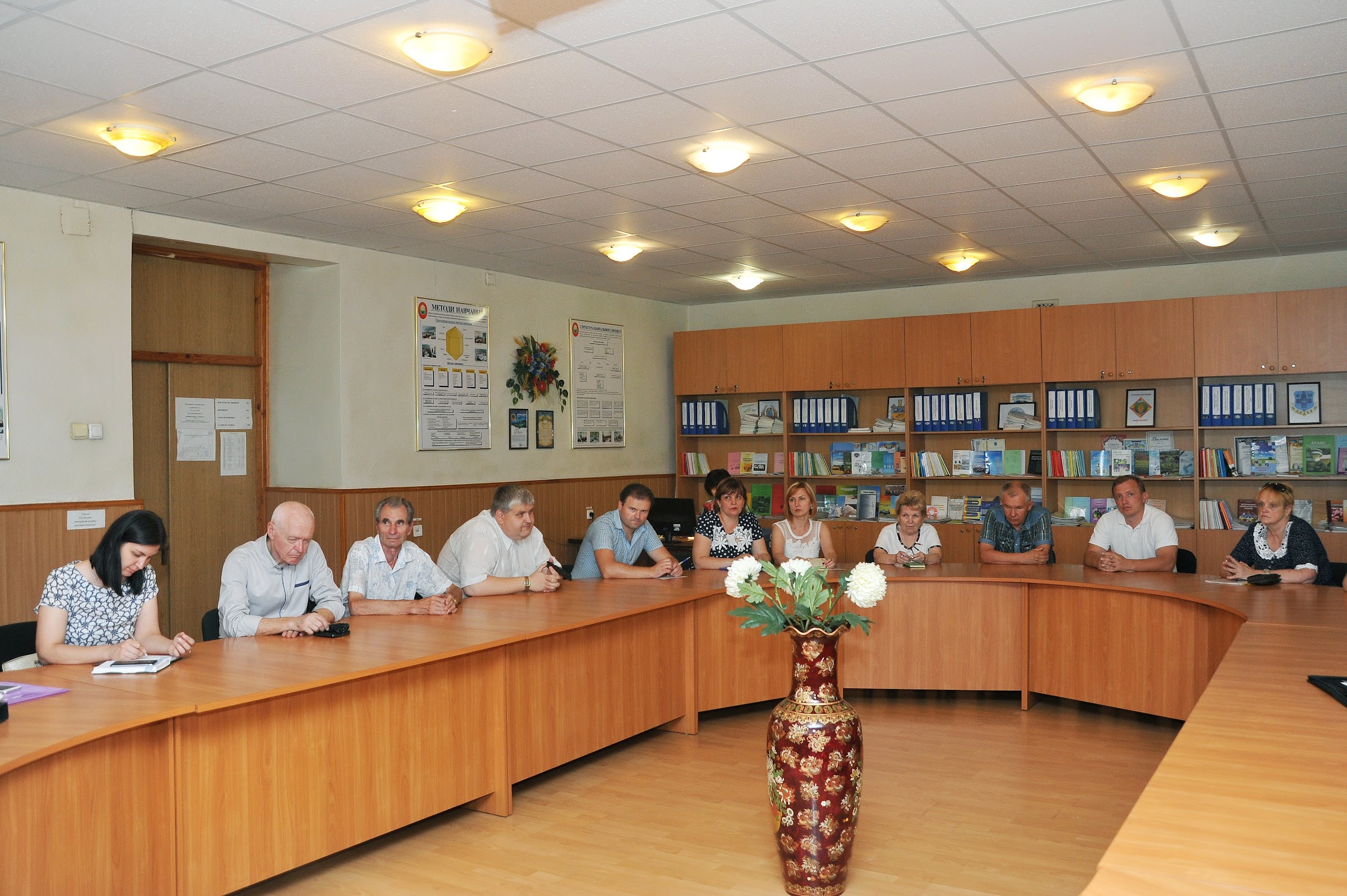 Indicators of scientific activity in DSAEU grouped in two directions:

From the "Social Sciences", the number of publications in the publications included in the science-based databases Scopus and Webof Sciencе, by the end of this academic year will increase by 39 works, that is, now they are 24, and there will be 63 publications.

The collectives of the departments plan to increase the number of professional papers to almost 2 for one NPP, as well as receive 55 thousand UAH for special funds. That is, from 217 thousand UAH. by now, by August 31, 2019, the amount will reach 272 thousand UAH. The number of publications in this area will increase from 20% to 33% of participants from the number of NPPs of the Educational and Scientific Institute of Economics.

- Agronomy Faculty are planning to publish another 14 publications;

- Faculty of Veterinary Medicine are planning to publish another 11publications;

In total, the number of stamps will increase from 23% to approximately 50% of the total number of publications.

These figures are scheduled from 01.01. on 31.08 In 2019, with the extension of this trend for another 1 year, we would be able to get closer to the indicators of leading OEMs and get into Group B and receive some funding for research.

In September 2019, the NDF plans to verify compliance with the commitments undertaken by the units.

The decision was taken: to bring the information to the attention of the heads of divisions

The second issue of the agenda concerned the formation of a package of requests for participation in state financing for 2020. The speaker noted that now all institutions of higher education of Ukraine are in a state of waiting for the announcement of a competition for scientific and technological development on budget financing, which will begin in 2020. We expect the complication of the inquiry form. The maximum number of points (up to 40% of the total score) can be obtained for the works (publications in the publications included in the Scopus and WebofScience schematology databases) of the participants who formulate a specific request. At the beginning of the next academic year, the 1st stage of the competition will be announced (within the framework of the DDAEU) and the winners will be recommended to take part in the 2 nd stage of the MES.

NDC encourages all scientific and pedagogical workers to join the creative groups to participate in the competition.

The decision was taken: to bring the information to the attention of the heads of divisions.

The section "Miscellaneous" was considered

1) the monograph "Terminology of the newest technologies: linguistic-social and congruent aspect", author of the article by Stasiuk Tetiana Valerievna;

to an open press, after approval at the Academic Council of the University.

It was decided to recommend the aforementioned monographs to an open press, after approval at the Academic Council of the University.

5) monograph "The system of multicultural cultivation of soil in the crop rotations of the northern steppe", author Tsilyurik Alexander Ivanovich.
It was decided to recommend the monograph to open print.

6) Prof. Gavrilin P.M. requested the publication of a copy of "TheoreticalandAppliedVeterinaryMedicine" Vol.7 (2), which contains 15 scientific articles for printing and distribution through the Internet.

It was decided to recommend the copy of "Theoretical andAppliedVeterinaryMedicine" Vol.7 (2), to an open print distribution in the Internet.

7) Prof. Bereza O.Yu. requested the change of the technical task for research work in connection with the association of departments and the dismissal of the performers of the topic.

The decision was made: To approve the change of the technical task for the research work "Investigation and use of physical phenomena in materials and technologies of agrarian production" (state registration number 0115U007173) due to the release of five of the six executors of the topic.