TRAINING OF MANAGERY SKILLS WITH QUEST

TRAINING OF MANAGERY SKILLS WITH QUEST

On May 15, 2019, in the park named after Taras Grigorovich Shevchenko, a charity quest "Park of Riddles" was organized and conducted for students of the Dnipro State Agrarian and Economic University for students of the "Student with orphans" campaign. The training, organization and direct holding of the event were carried out by students of the group MT-2-18 under the direction of the curator of the assistant professor of the department of management and law Gorobets N.M. 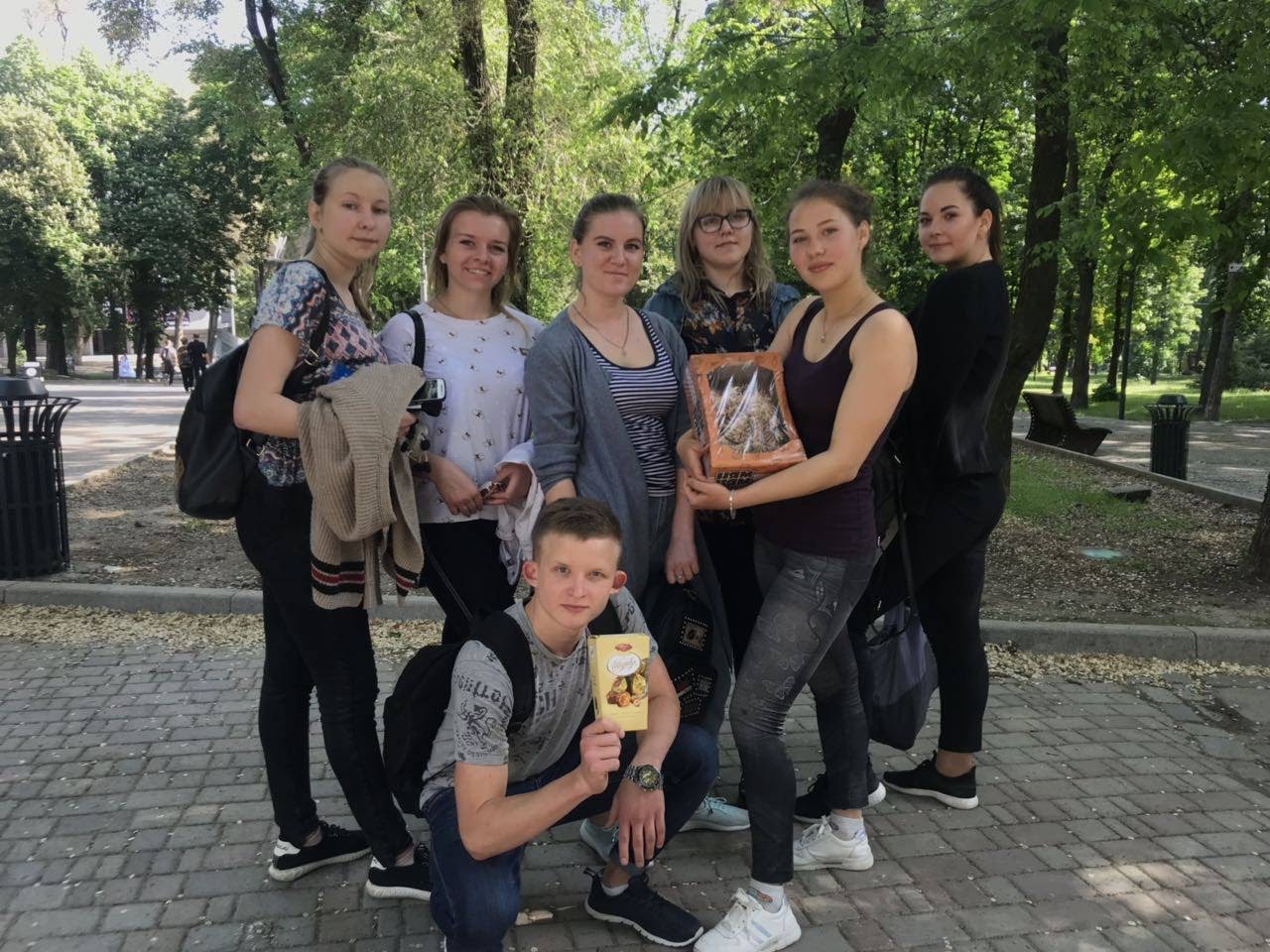 The event was attended by 6 teams, formed from students of various faculties DSAEU. The quest foresees the passage of 8 locations in accordance with the traffic schedules developed for each team, answers to the test questions and participation in the express game. At each location there was a coordinator from the group of students MT-2-18, who followed the scan by QR-code commands, which contained information about the object, the task and the correct answer, as well as the functions of the coordinator included fixing the time of receipt of the response, the time of the passage of the locations , and rating the team's responses using the developed assessment form. For the correct answer the team received 10 points, for the timely response within 30 seconds - 10 points, for the task also 10 points.

At the start, team captains were provided with a map showing the numbering and location of the locations, as well as a rating form. The team players had to go along the corresponding route, which included the following locations: 1. Monument to Bust to Major General VP Karuna; 2. Monumental sculpture "Grieving"; 3. "Palace of Students"; 4. "Bronze Lion"; 5. City lectures; 6. Observation deck; 7. Pedestrian bridge; 8. Monument to T. Shevchenko. Participants had to go through 8 locations as quickly as possible, complete their tasks, and then return to the start.

According to all the points scored, the team of students from the group MT-1-18 got the victory, the second place was occupied by the team OP-1-18, the third place was received by the players of the group FBS-1-18. The teams that won the victory received the corresponding awards. Participants who did not win prizes got sweet surprises.

So the participants of the event received new knowledge, bright impressions, as well as improved leadership qualities and rallied. Students from the MT-2-18 group who organized the quest got their first significant expertise, developed new practical skills in management, worked out interpersonal, communicative, technical, diagnostic skills, as well as decision-making skills, time management, conceptual thinking, operational management, etc., and usually got a lot of impressions and positive emotions.

For the participation in the quest, a charitable assistance was given to the repair of a children's room in the Specialized Children's Home, located at the address: Dnipro str. Petrozavodskaya, 371 a.