It is impossible to prepare a highly skilled modern agronomist, even in a well-equipped auditorium or laboratory, with all possible efforts of teachers. As a future agronomist is formed in a field where students undergo training practice and are directly involved in the cultivation of different crops and become familiar with modern technologies. The conduct of classes in the field allows not only to hear and receive useful information from teachers, but also to see the plants themselves, see their biological characteristics, count the number of leaves and stems, to find the difference between plants grown after different predecessors on different fertilizer backgrounds. Students in experimental areas of the experimental field of the DSAEU training and research center saw that after winter, winter rape plants came out with different levels of leaf damage with low temperatures in the winter and this affects their further growth and development during the spring period of vegetation. In this regard, Professor S. Kramarev introduces his students to the peculiarities of the growth and development of winter rape after wintering, drawing their attention to the state of the root neck of plants. Students after the story of Professor SM Kramarev understand why the most vulnerable root cervix in winter rape plants. They were convinced that the greatest damage to the root cervix was observed at very early and late sowing, and these unsuccessful cropping periods were the main cause of inhibition of the subsequent growth of the crops in this spring during the growing season. 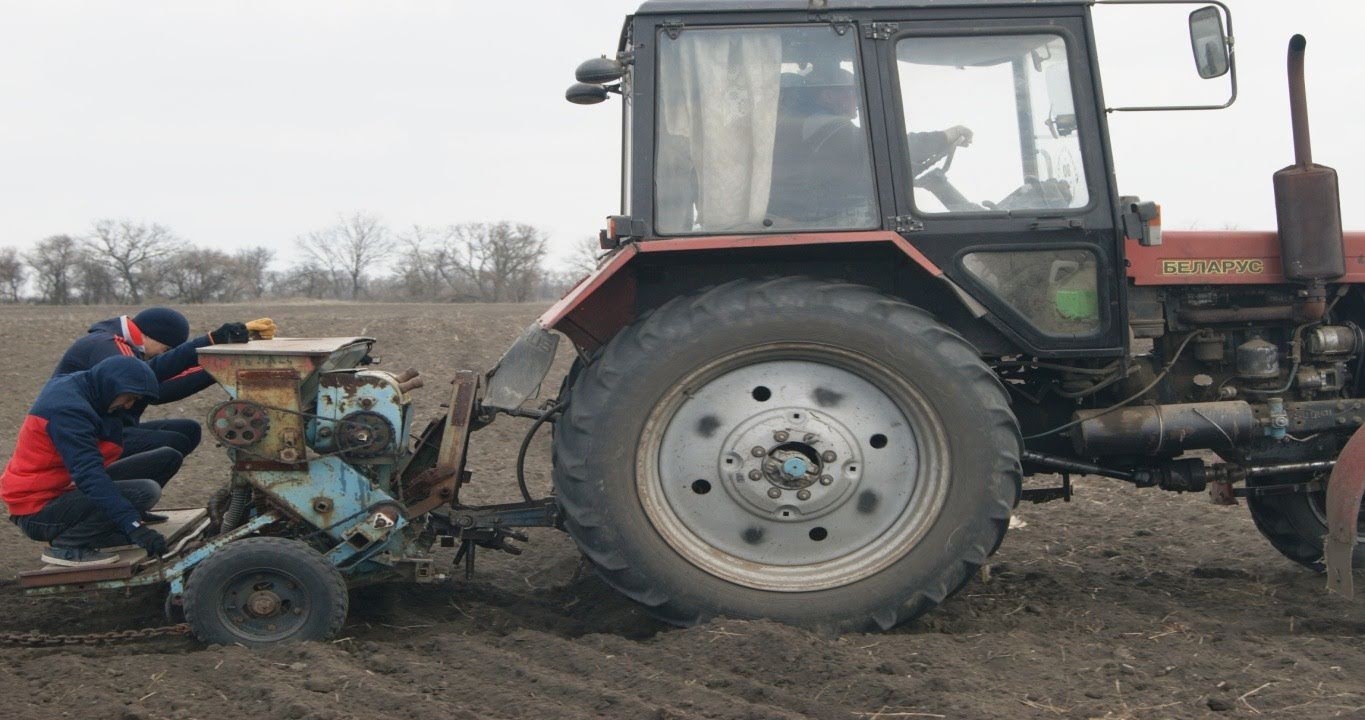 At the research sites, students saw the difference in the growth and development of plants of barley of the winter varieties of Tutankhamen sown on three predecessors: sunflower, peas and a clean pair. They drew attention to the degree of development of the primary root system of plants of barley winter after various predecessors and fertilizer backgrounds. Students were convinced that even with such a bad predecessor, as a sunflower, it is possible to achieve good results at the expense of an optimized system of fertilizing plants of winter barley, and on experimental sites, winter wheat was more resistant to the winter conditions of vegetation. Plants of this agricultural crop were, to a lesser extent, damaged by frost and after winter they had a bright green attractive appearance. The students were interested in the ultra-local method of sowing fertilizer using highly soluble phosphorus fertilizers with a low salt index, which is now widely distributed in the United States. During educational practice, the experimental field was divided into sections of variants, they themselves distinguished repetition, in practice they studied the research, conducted pre-planting incrustation of seeds and independently prepared it for sowing. They took part in the design of field experiments, railing of tracks. The inlaid seeds of cereal ear cultures were sown in the soil with a CH-16 seeder, where the trainees independently adjusted the seed drill by displaying the recommended seed seed rate on it.

In laboratory conditions, they prepared a variety of tank mixtures from solutions of micronutrients in chelate form, plant growth regulators, adjuvants for pre-seed incrustation of seeds, ascertained their chemical compatibility and determined the laboratory similarity of the sown seeds. On the basis of these studies, they will conduct a comparative evaluation of the laboratory and field similarity of inlaid spring barley seeds.

In the field, samples of winter barley plants were selected for further determination of the content of crude and dry matter in them, macro- and trace elements, and the calculation of their removal by plants per hectare.

On the basis of the performed research students after the end of the agrarian university will be able to independently determine at a professional level the need of plants in nutrients in the critical phases of their development and then eliminate the existing shortage through the use of fecal feeding. This will enable them to harvest their harvest in their fields in the production conditions. Future harvests that our students will receive are being formed in classrooms at lectures, in laboratories at laboratory classes and during educational practice in the field. This way of knowing the truth is an axiom.