On March 14, a large sports hall of our university hosted a joint sport, youth and science festival - a futsal tournament for the Cup of the Council of Young Scientists in the Dnipropetrovsk region. The participants of the competition were young scientists, scientific and pedagogical workers, students of the Dnipro State Agrarian and Economic University, Dniprovsky National University. Oles Gonchar, National Technical University "Dniprovska Polytechnic", National Metallurgical Academy of Ukraine, Dniprovsky National University of Railway Transport. Academician Lazarian. 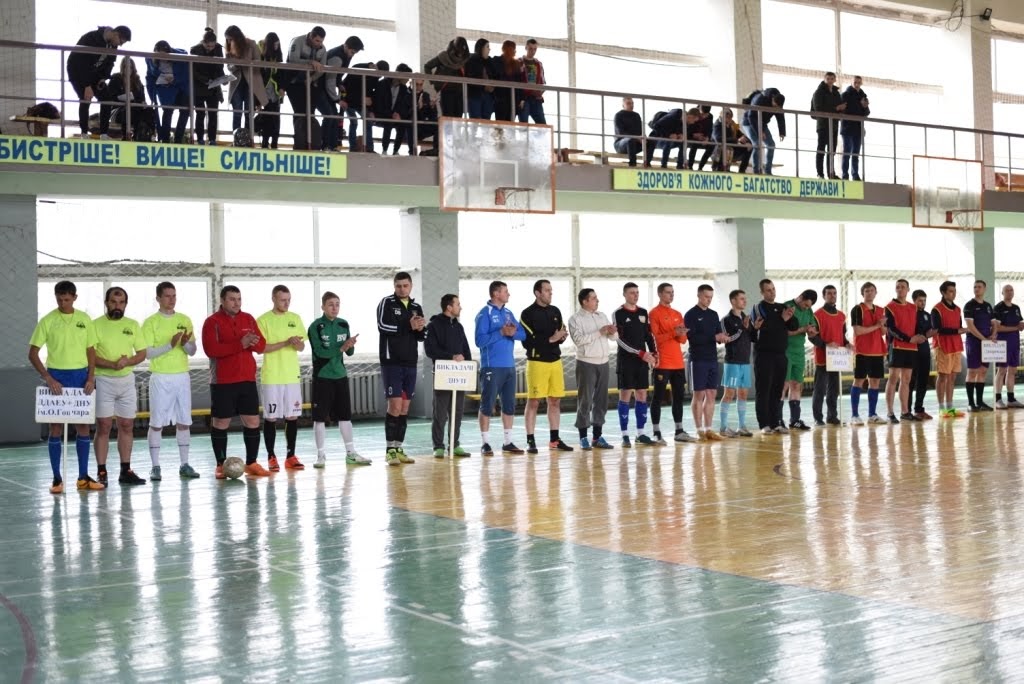 The tournament took place on a circular system, where the winner was to be identified by the results of each one's games (two fifths of fifteen minutes). During three hours spectators could observe physically and emotionally tense fights, feel the atmosphere of charge for a victory, in which none of the teams did not want to give way to the opponent.

According to the results of the first four matches, the favorites were identified - the team of the transport university (team captain Taras Dutko) and a team of agrarian-economic and national universities (consisting of Sergei Kobernyuk, Mykola Kravchenko, Sergey Yurchenko, Ivan Khoroshun, Yuriy Rudakov, Dmytro Batechko, Alexander Sachko, Andriy Albul, Mikhail Dovganenko, Oleg Martynets). For "bronze" fell to fight "polytechnic" and "metallurgists". In the match for the third place, the scumbags in turns leaned to the side of one or the other team, but still the boys turned out to be stronger than the Dnipro polytechnic, eventually winning with a score of 6: 3. 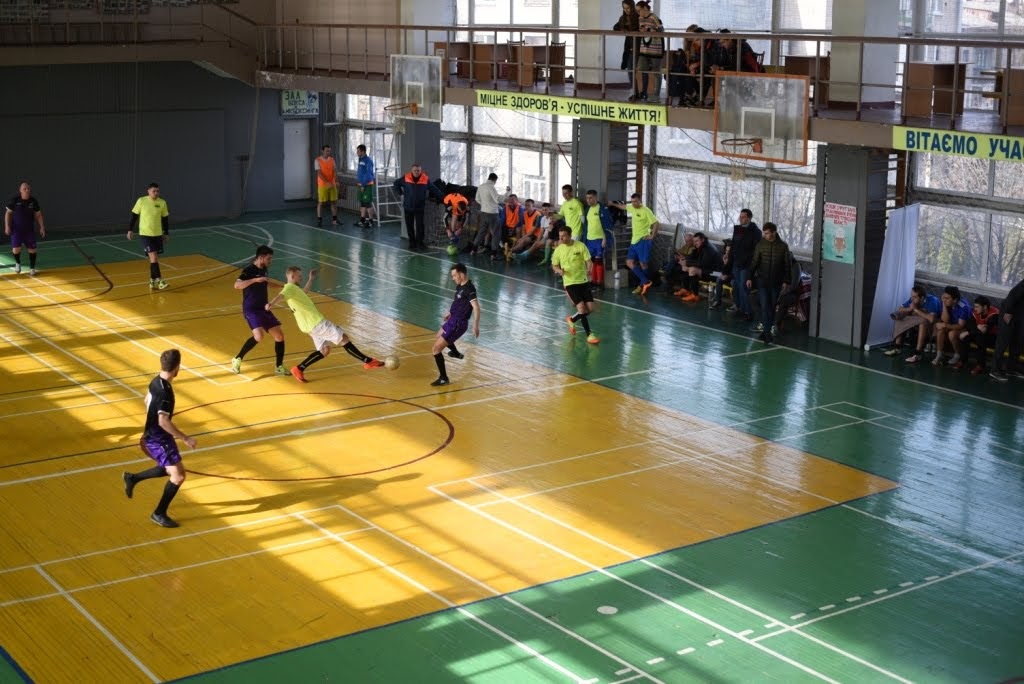 The last decisive match gave the spectators an equal fight, an incredible energy surge and made them nervous for 30 minutes of playing time. According to the tournament schedule, "agrarians" could have sufficed and a draw, while "transporters", in order to rely on "gold", it was necessary to win. Without a long look at each other, teams with a decent frequency threatened the gate, and the first success had to be celebrated in the middle of the first half by the team of our university - 1: 0 thanks to a striking shot of Mikhail Dovganenko. The players of the transport university had a little more than a minute to restore the parity - 1: 1. The goalkeeper gave his inspiration to the team of "transporters" and for a rather short period of time they brought the score to 1: 3 in their own favor. The national team of agrarian-economic and national universities had to take a technical break for emotional restoration, reviewing the tactical drawing of the game, and updating the warehouse. And the timeout was really in the favor. For a moment, Nikolay Kravchenko punches the goal at the bar, and the first one on goal is the same Dovganenko - 2: 3. Successfully wounded, players continue to attack, and Dmytro Batechko 3: 3 marks the right punch at the far post. With this account, the teams went on vacation after the first half.

On a break, the tactical drawing of the game changed a little, "agrarians" began to act with the greatest care, and their rivals did not risk the last to go forward with all their forces. "Nerve" held the fight in the tension of all - spectators, players, referees, whose decisions were focused on special attention. The same time was full of violations of rules, negotiations with judges and between players, but the quality of the game from that did not suffer. The first and only clearing in the last seconds of the second half managed to still hit the national team of agrarian-economic and national universities - Alexander Sachko completed the outburst shot. Only the players of the transport university team played the ball in the center of the circle, as the final whistle of the referee fixed the winning team of our university with a score of 4: 3.

The participants of the tournament address the words of gratefulness to the organizers and partners: the Public organization "The Council of Young Scientists of the Dnipropetrovsk Region" (head - Oleksandr Izhboldin and his deputy, Mykola Kravchenko), the Youth Center "Osvitetorium" (director Sergey Krivogouz), 9 TV channels in the city of Dnipro (TV presenter and journalist Mykola Shynkarenko), the rector of the Dnipro State Agrarian and Economic University Anatoly Kobtsu - for the systematic support of joint scientific and sporting initiatives. The tournament has shown that the combination of sports and scientific activity, physical effort and creativity is quite harmonious, can bring benefits and pleasure to all those involved in the action, give birth to new challenges, acquaintances, develop fruitful mutually beneficial cooperation.

You can view the tournament video review on the YouTube page at https://youtu.be/wxyvQqcdjHI

Special thanks to the trade union of the University, headed by Rudakov LM