STUDENT OF THE YEAR OF DNIPROPETROVSCK REGION

STUDENT OF THE YEAR OF DNIPROPETROVSCK REGION 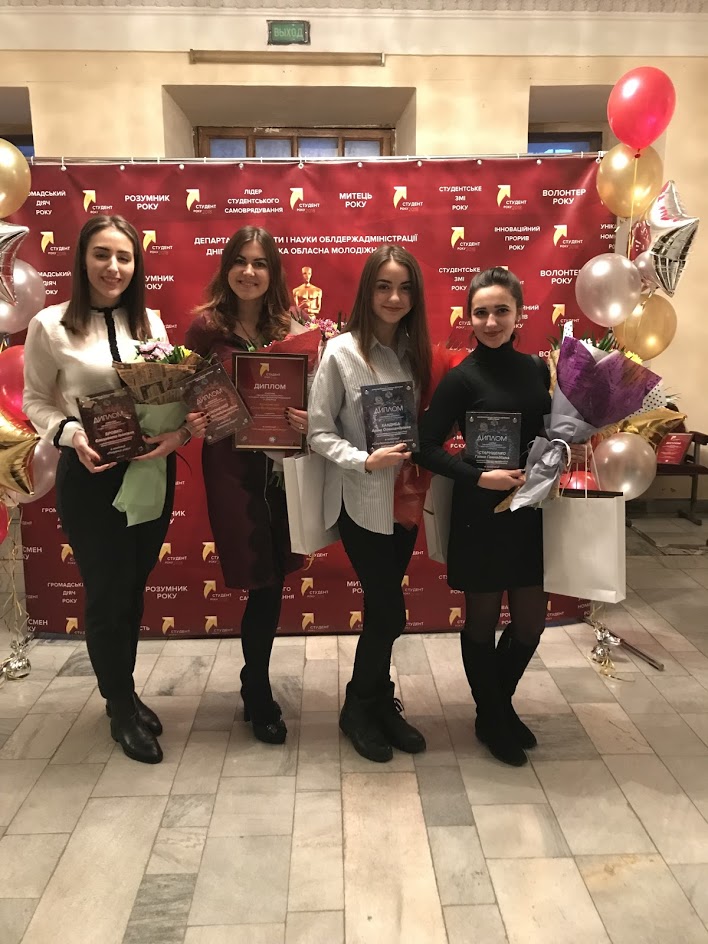 On December 13, 2018, in the Palace of students the contest "Student of the year of Dnipropetrovsk region" was solemnly summed up. All nominations have passed the qualifying stages. The jury in each of the 10 nominations selected three candidates, one of which became the winner. As a result of the competition, the representatives of our university became winners in two nominations:

- in the nomination "The Reason of the Year" - the student of the Faculty of Management and Marketing Elizabeth Brovko;

- in the nomination "Volunteer of the Year" - student of the Faculty of Veterinary Medicine Yulia Kononenko.