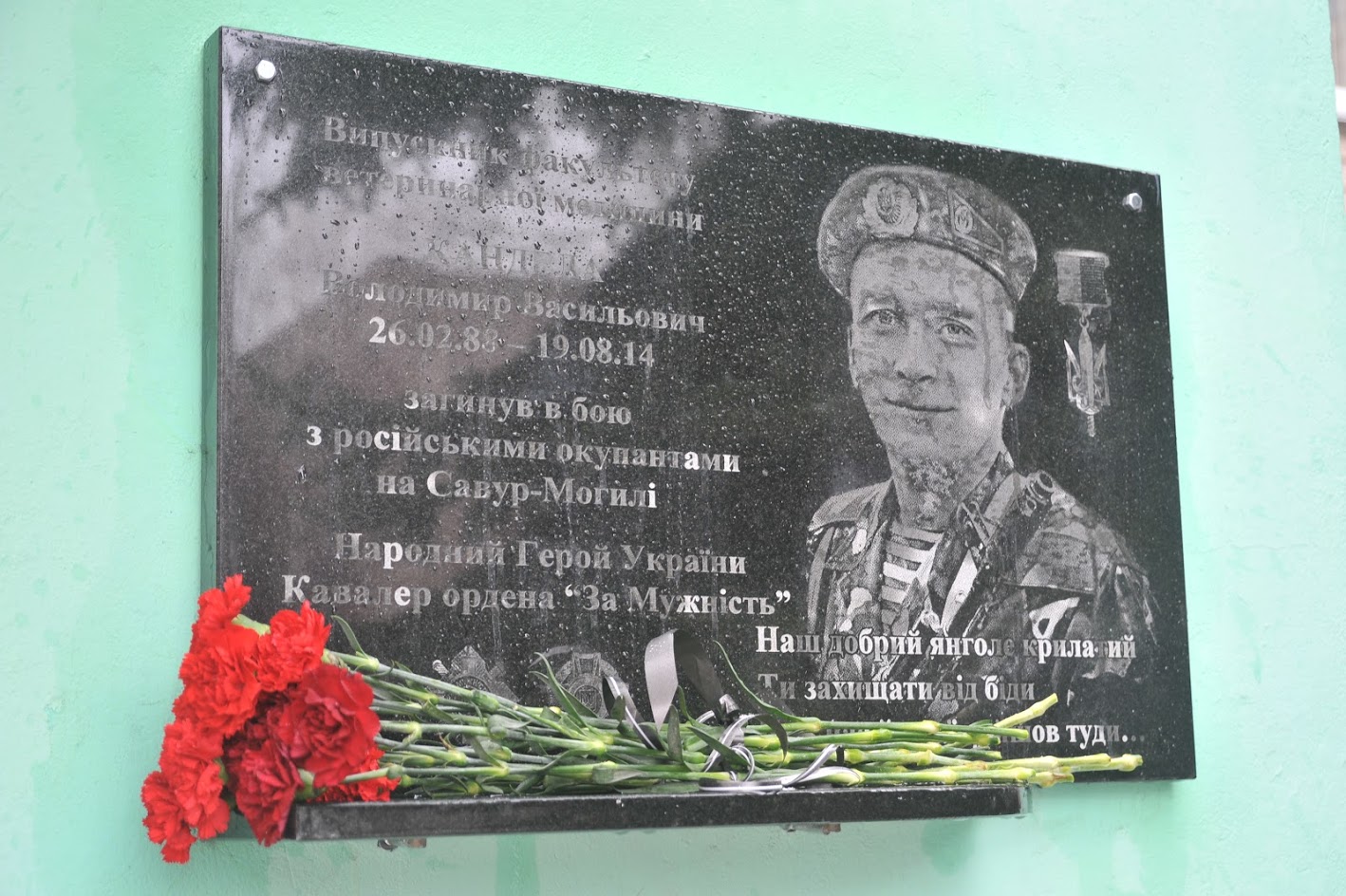 On December 12, 2018, a rally requiem took place at the Faculty of Veterinary Medicine of the Dnipro State Agrarian and Economic University. In honor of the graduate of the faculty in 2011, the junior sergeant, 2 companies, 1 battalion of 25 separate Dnipropetrovsk airborne brigades of the Armed Forces, the Knight of the Order "For the Courage of the Third Degree" (posthumously) by Vladimir Vasilyevich Candeli, who died heroically during the execution of the combat task in the battle of 19 August 2014. A ceremony for the opening of a memorial plaque and commemoration was held on Savur-Mohyla (Donetsk region). Produced and installed a memorial plaque on the initiative of teachers and students of the faculty.