SCIENTIFIC COOPERATION OF THE AGROCHEMISTRY DEPARTMENT WITH WITH INDIAN SCIENTISTS

SCIENTIFIC COOPERATION OF THE  Agrochemistry Department WITH  with Indian scientists

On September the 6th2018, at the research field of the Agrochemistry Department of DSAEU our Indian colleagues  RodertoReid, AlbertoLeon of the  research and production international company AdvantaSeeds had an opportunity to get acquainted with the technology of growing sunflower hybrids on black earths of the normal steppe zone of Ukraine.

AdvantaSeeds is engaged in the selection and development of sunflower hybrid growth technology in four countries on four continents: AdvantaSemillas (Argentina), PacificSeeds (Australia), Advanta US (USA), AdvantaIndsa (India), Nutrisun (Argentina) in arid regions. The scientists of this company who came to us from India and Argentina were interested in the reaction of Sunflower hybrids created by AdvantaSeeds in the dry conditions of summer 2018. At the research field of the Agrochemistry Department in specific field conditions the head of the Agrochemistry Department, Doctor of Agricultural Sciences, Professor Kramarev S. was tellingto his foreign colleagues about peculiarities of growth  and development of sunflower hybrids in the conditions of this year. They marked the sunflower hybrids, which are characterized by high drought tolerance, high yield potential, high oil content and a marked tolerance to the pathogens of typical diseases of this agricultural crop. As well as our foreign colleaguesreported that the extraordinary evolution in improving the quality of their oils was achieved through the use of traditional methods of genetic improvement: molecular markers, mutagenesis, chemical methods, etc. Sunflower hybrids, which are sown on the experimental field of the Agrochemistry Department, have high content of stearic, linoleic and linolenic unsaturated carboxylic acids in the composition of the oil and are highly oiled. The stability index of this type of oil is 36 units. In the food industry, there is no similar product that could meet the standards of quality of oil produced from Nutrisun sunflower hybrids. A profound interest was caused by Professor S. Kramarev's story about the peculiarities of the fertilizer system of this culture in particular the ways of creating an optimized sunflower feed in the initial and critical phases of its growth and development. The AgrochemistryDepartment has been working with AdvantaSeeds for two years in a row on the contracting topics. This year, according to the results of scientific research in this area, two master's theses of the students of the Agronomy Faculty, who are taking direct partin the scientific research of the best sunflower hybrids under the scientific guidance of Professor S. Kramarev are preparing to be defended. Foreign colleagues are satisfied with the level of conducting scientific research at the Department of Agrochemistry and expressed their desire to continue the creative cooperation of our teams in the following years. 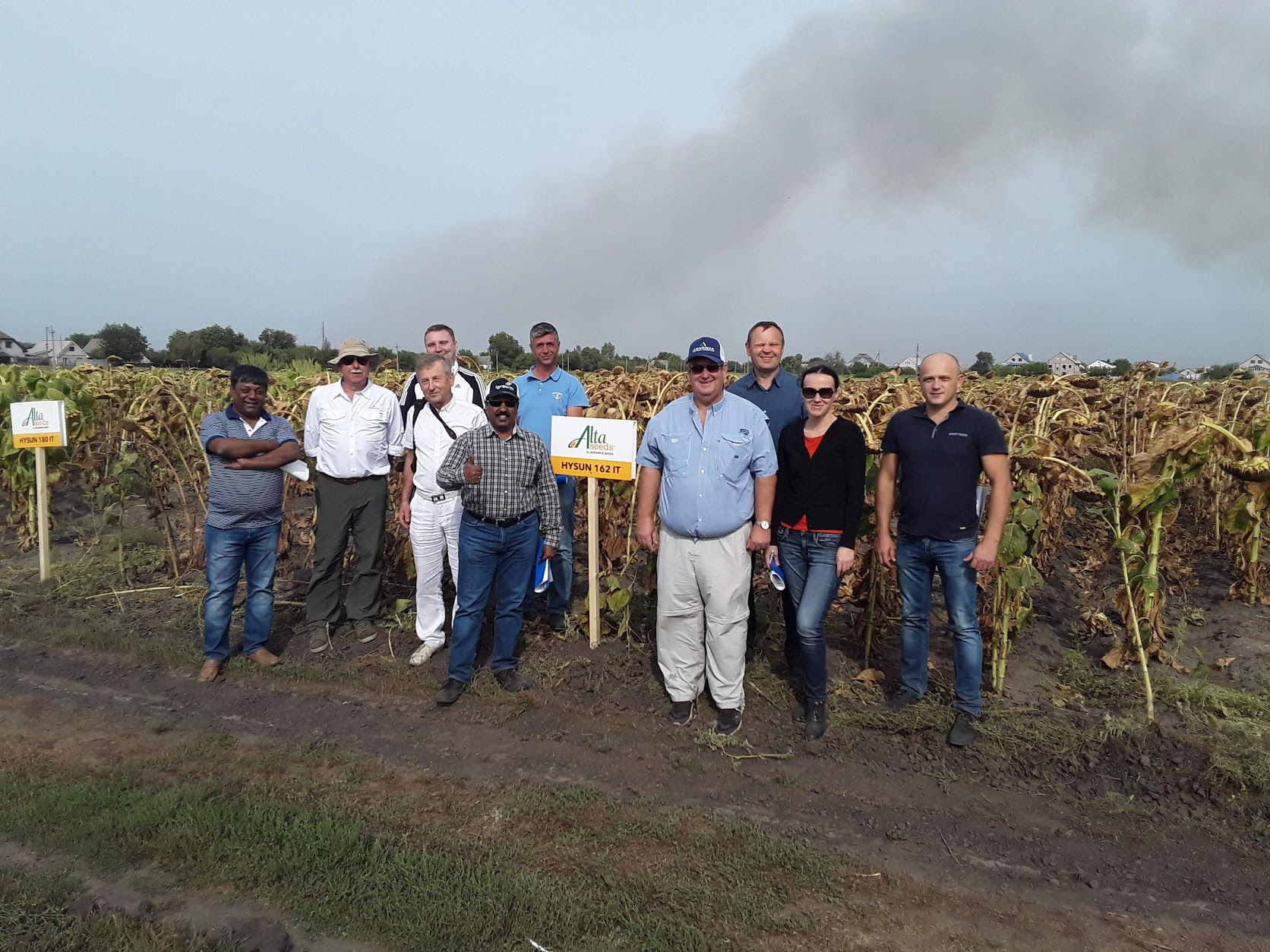