PARTICIPATION OF OUR TEAM IN THE BIG HUMORSHOW FESTIVAL

PARTICIPATION OF OUR TEAM IN THE BIG HUMORSHOW FESTIVAL

On April, 1 in Kryviy Rih there was a festival of humor, which was attended by teams from different cities, including our team "Rybka". The BIG HumorShow Festival was divided into three parts. The first part - all the teams presented themselves, the second - the participants completed the objectives of the organizers of the festival, and in the final - the leaders competed with each other.

The main condition of the festival - the humorists had to make fun at the audience and the jury, and the winners were waiting for cups and cash rewards.

The team of our University, "Rybka", was ranked as the sixth best player and adequately demonstrated ourselves at the highest level, taking the third prize, and received very positive feedback from the professional jury of the festival - members of the "League of Laughter" project.

We sincerely congratulate the winners and wish success and creative inspiration! 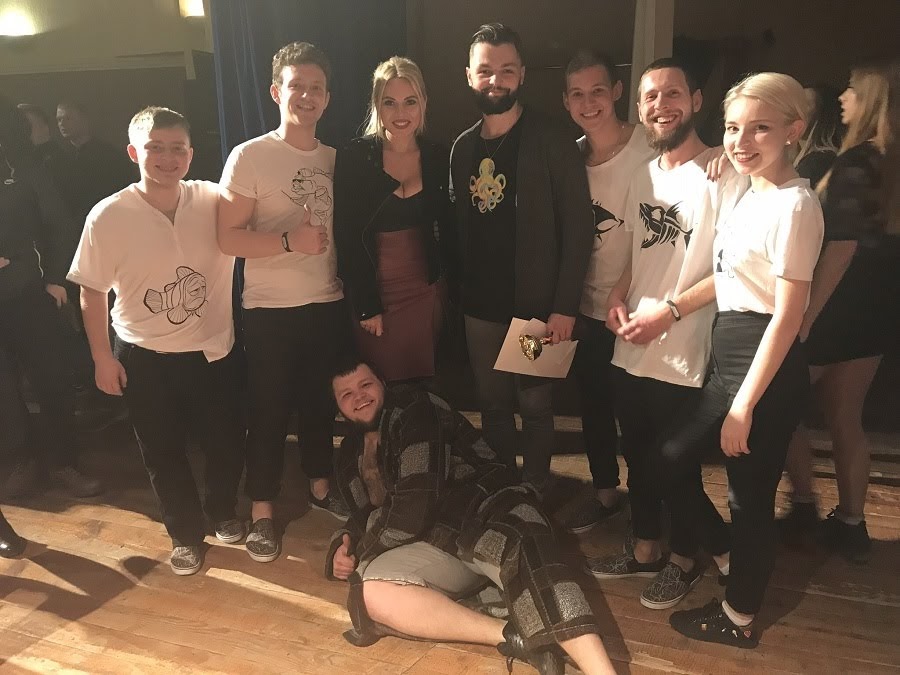