EVERYONE SHOULD WIN IN FOOTBALL

EVERYONE SHOULD WIN IN FOOTBALL 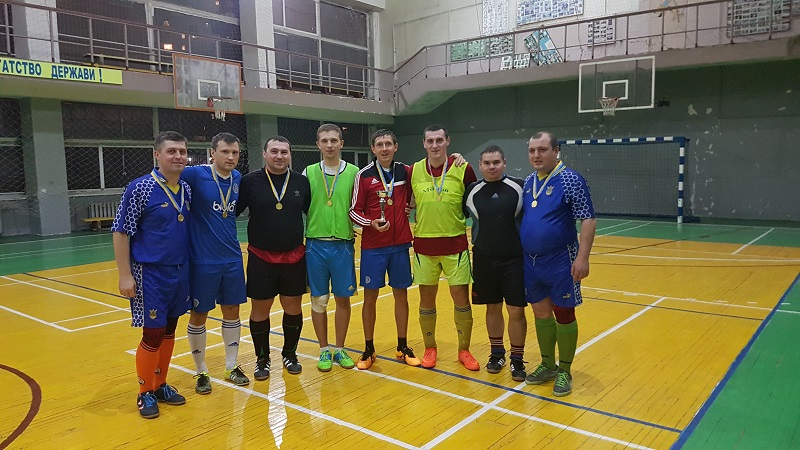 Traditionally, in December, the gym of our university gathered its friends - teams of graduates of different years, managers of Bread Factory № 9 and journalists of the 9th and 34th TV channels.

Competitions were organized by the Olympic system.

The final was more enjoyable for the teachers who won the tournament for the second consecutive year. Last year in the dramatic finish of the match, after two games and a goal in the last seconds, was also 3: 2.

We can not overlook and leave without words the sincere gratitude of people-ideological inspiration from the traditional New Year's tournament for the 13th consecutive year: well-known football coach and functioner Oleksandr Vasilyevich Kapustin, well-known to us - for organizing the competition and assistance in organizing the director of the Bakery No. 9 Mykolai Vasilyevich Shcherbina - for all-round assistance and host hospitality, sports journalists and TV presidents Anatoly Shynkarenko and Sergey Teodorovich - for media support, the head of the trade union organization DSAEU L. Rudakov - for basic organizational photographer Olexander Karpov - for "accurate" and high quality photographs of football matches.

Noting the sporting content of the tournament, the equality of teams, a friendly atmosphere and festive mood, we can say for sure that the main goal of the competition has been achieved.

In such a tournament there are no winners and losers, there is the spirit of mutual respect and extraordinary courtesy of rivals, where the propagation of a healthy lifestyle, regardless of the age of participants, is based on the exchange of life experiences and enjoyment of communication, which remain bright emotions and good mood on the upcoming holidays. Let’s unite around the sport and  play football together!