A VISIT FROM CANADA 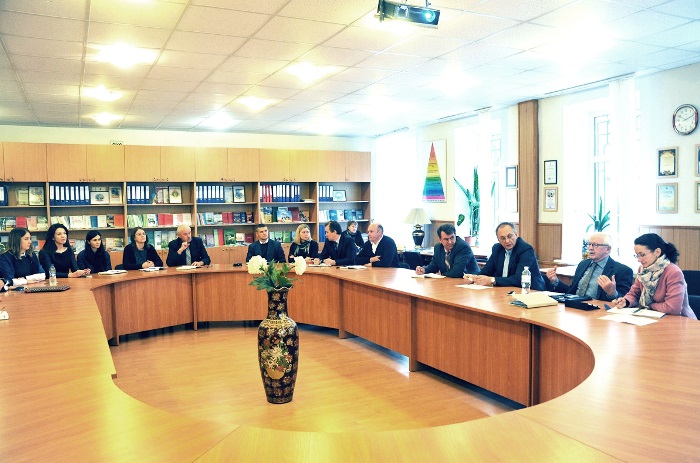 Professor Edward Tyrchenevich from Canada (Edward Tyrchniewicz, PhD, PAg, University of Manitoba) visited our university on October 14-20. During the meeting with the vice-rectors, deans of the faculties, scientific and pedagogical staff and students, the areas of long-term cooperation between the prerogative universities of Canada (Manitoba Province, Saskatchewan, Alberta) and DSAEU were discussed.

Professor Edward Tyrchenevich visited the Historical Museum, Aerospace Center and other cultural centers of Dnipro. A trip to the cooperatives of Dnipropetrovsk region was organized, where the experience of implementing Canadian dairy and grain cooperatives with the participation of the scientists of our university was demonstrated.

Edward Tyrchenevich gave a lecture to the students of the Institute of Economics on the theme: "Agricultural Education in Canada," and on the same day he lectured on "Climate Change - Challenges for Agriculture" for students of the Faculty of Agronomy and Faculty of Water Engineering and Ecology.

Many issues were discussed at the summing-up of the visit, prospects of cooperation between Ukrainian and Canadian universities were developed, a Skype conference was organized with the participation of Sumy and Kharkiv National Agrarian University.

After that, Edward Tyrchenev visited the concert program of students of the Institute of Economics "Debut of the freshman" and was pleasantly impressed with our students’talents. 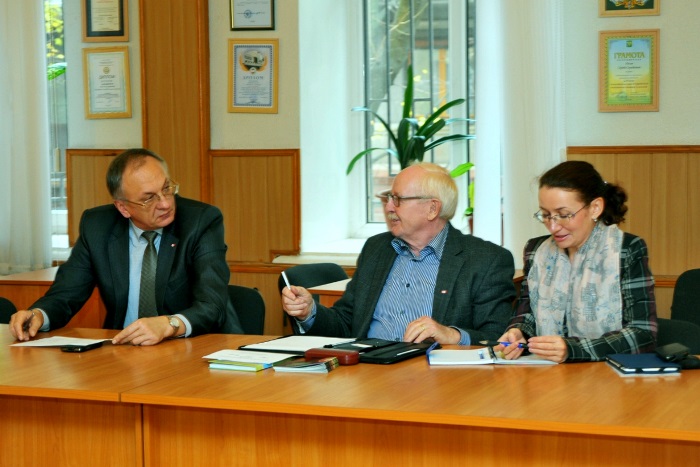