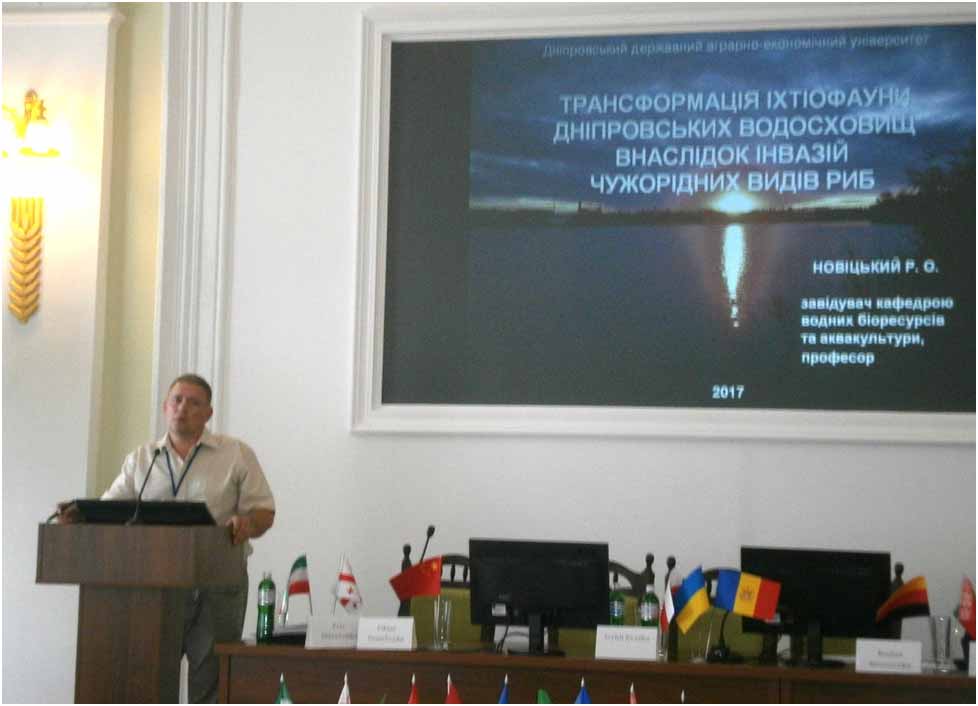 On September 19-21, 2017, the Head of the Department of Aquatic Biodiversity and Aquaculture DSAEU, Professor Roman Novitskiy participated in the Xth International Ichthyological Scientific and Practical Conference "Modern Problems of Theoretical and Practical Ichthyology", which is one of the co-organizers of this annual scientific event in Ukraine.

In addition to scientists and specialists in the field of ichthyology from Ukraine, scientists from Belarus, Moldova, Germany, Poland presented their reports in Kyiv and Kaniv.

The report by Roman Novitsky on the transformation of the ichthyofauna of the Dnipro reservoirs under the influence of invasions of foreign fish was interesting for scientists, the research has been considered promising asa it has practical benefits.

The participants of the conference noted that research on taxonomy of fish and water invertebrates, ichthyotoxicology, parasitology, specialized forage production, scientific forecasting has been considerably deepened today.

Were received various materials devoted to different issues of fundamental and applied ichthyology: faunistics and systematics, aspects of general biodiversity, foreign species and their ecology, issues of modern aquaculture, freshwater and sea fishing, protection of hydrobionts in Ukraine and the world.