PARTICIPATION IN THE INTERNATIONAL CONFERENCE 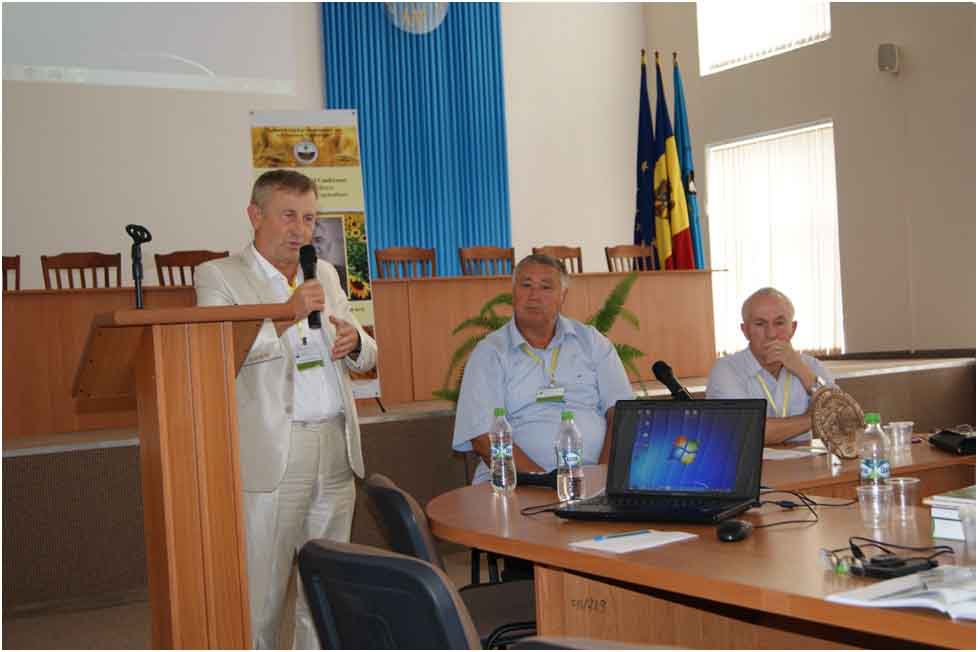 The Head of the Department of Agrochemistry of DSAEU, Doctor of Agricultural Sciences, Professor S.M. Kramarev took part in the international scientific conference, which took place on September 6-7 in Chișinău, Republic of Moldova. The conference was attended by scientists agrochemists and soil scientists from almost all Soviet Union countries, near and far abroad. Key topics were devoted to preserving the soil fertility, increasing the productivity of agricultural crops and improving the quality of cultivated products.

Reports by S. Kramarev were devoted to the restoration of the lost fertile soil fertility in the ordinary steppe zone of Ukraine, functional diagnostics of mineral nutrients during vegetation of cereal crops, phosphate problem and other important agrochemical issues. Also, the speaker introduced his colleagues from the agrochemists with his work on the synthesis of new types of microfertilizers in chelate form and the improvement of the environmentally safe preparation obtained on the basis of the biohumus "Zhivorost".