On September 14, 2017, a delegation from the Southern University of Ohio State University (United States of America) visited our university. The delegation consists of Director, Professor Tom Worley and Head of the Department of Water, Land and Bioenergy Resources, Professor Rafik Islam.

The rector of the university, Professor Kobets A.S., welcomed the guests and told them about the university's activities and the prospects for its development.

During the meeting, the main areas of research interests of the University were mentioned, the ways of future cooperation were discussed, the presentations of the university's scientists were shown: professor Mironov O.S. "Research of the thermophysical characteristics of the soil in the laboratory and field conditions", professor Tkachuk A.V. "Agro-hydrometeorological method for calculating soil moisture reserves".

The participants of the meeting discussed the main directions of further cooperation in the framework of the signing of the Memorandum between DSAEU and the Southern Center of the University of Ohio. Professor Tom Worley stressed that Ukraine is one of the most strategically important countries of Eastern Europe for cooperation with scientists - US agrarians. This was a return visit to Ukraine within the framework of Norman E. Barloh's program. 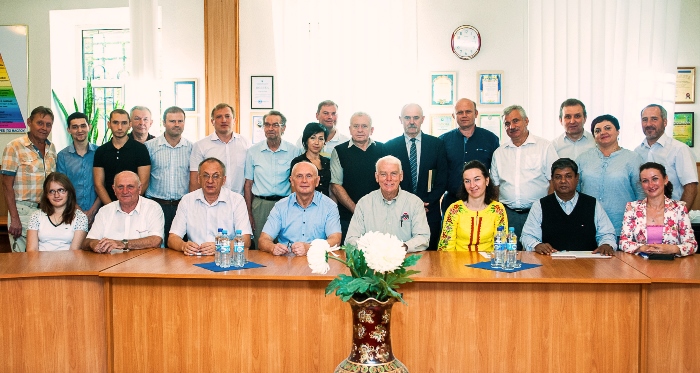