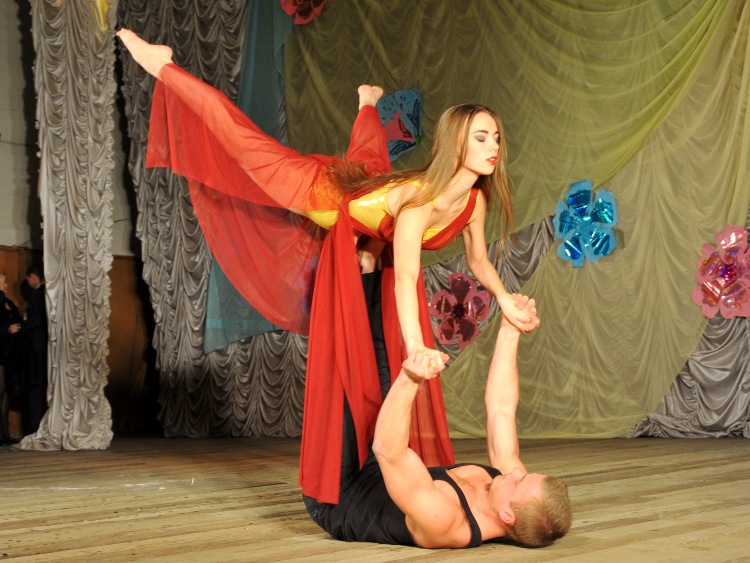 On the 2nd, March 2017 in the assembly hall there was a festive event "colors of spring". All women were congratulated by performers and creative teams of the University student club. The folk dance ensemble "Dnipro wave" opened the concert program with a graceful waltz.  (the head -  S. Goraczkowski); brass prepared a mix of pop song (the head -  V. Kiyko); studio of theatre arts involved in their performance people who were present in the hall (the haed - . E. Shvaikyn); KVN club showed an interesting scene of student life (the head -  D. Oliynyk), an old Ukrainian folk song "Flew cuckoo" was performed by the folk and modern music ensemble  (the head – V. Klymenko); l Daria Voitek, Elizabeth Romaniuk and Alexander Desyatnikov made the audience happy with their songs; sensual dance was performed by the students of biotechnology faculty club  - Julia and Sergei Sheiko.

The students conducted the event in a light humorous way that contributed to a good and festive mood. Happy holiday!