On 19, 2016 in the summer theater of the park named after T. Shevchenko, the gala-concert of festival-competition among students of the universities «Student spring 2016»  took place.          The rector of  DSAEU A.S. Kobets, the director of student club L.I, Gula, the chairman of student committee M.I. Manafova were invited for the receipt of rewards on the stage.

According to the results of the festival creative collective of  Dnipropetrovsk state university of agriculture and economics got the 3rd place.

The participants of the exhibition of fine art (organizers  - A. Bratchik, O.  Poplavskiy) received the diplomas.

Before the beginning of concert on the main alley of the park presentations  of higher educational establishments of the city were conducted.

Our university reproduced the atmosphere of village, setting wattle-fences with pots and towels, plaster casts of animals, which were given by the department of technology of production of goods of animals (head -  V. Pokhil). Students in Ukrainian suits gave the guests of the park vareniks and potato. O. Pogorelov. played the bayan.  On separate tables the best works were presented from the exhibition of fine art 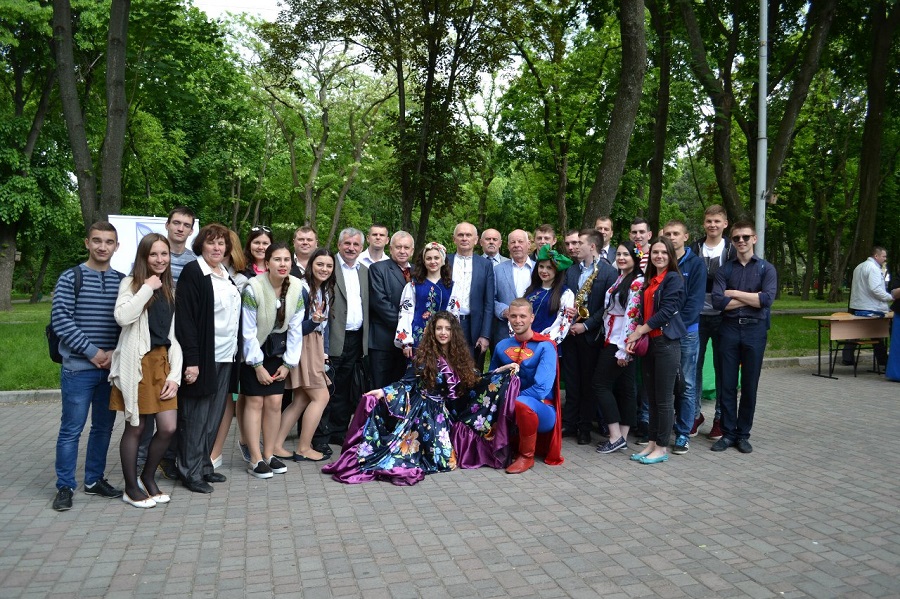