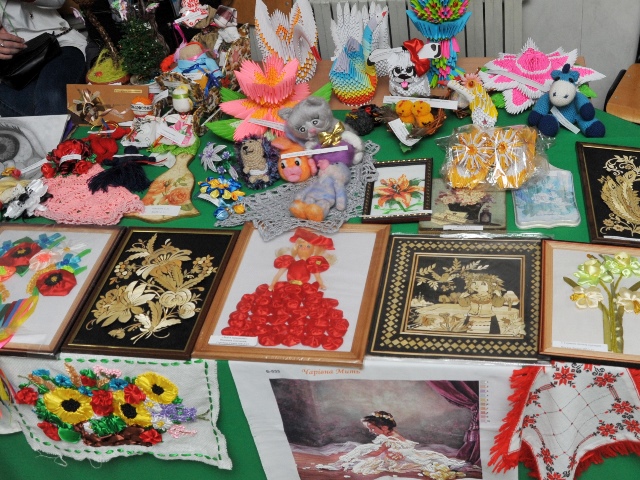 Annually in April the festival of amateur performance «Student spring» is conducted among the students of the universities, which is organized by the management of Youth and Sport Committee of Dnipropetrovsk Council.

On April, 20, 2016 for the audience and the commission board the collectives of amateur performance of our university presented the current program. Before the beginning of the concert the board was familiarized with an exhibition of decoratively applied arts, which was conducted in the hall of the university. Every faculty and colleges of DSAEU (electrifications and technological), showed works of students and employees in such directions as a picture, painting, embroidery, wickerwork, Petrikivska painting, a bead and straw (organizers: library director A.G. Bratchik and the deputy of vice-rector O.O. Poplavskiy). The unusual form of the concert was presented this year. The revision of all performances was as though conducted on the stage. The producer and his assistant Oleksij Sova  and Dmytro Dranik announced and commented performances of the collectives, invited their leaders on the stage.

The followings collectives took part in the concert: a vocal band «Zhaivir» (head - G.Linnik), the band of folk and modern music (head -  V.Klimenko), the band of folk dance «Dniprovski hvili» (head  - S.Goryachkovskiy), the brass band (head - V.Kiyko), the studio of dramatic art (head -  E.Shvaykin), participants of KVK team of the university (head -  O.Sova). Personally the board marked the students of the Biotechnology faculty, who prepared a vocal performance, east and pop dances.  A lot of talented students performed this day on the stage of the university, including freshmen  «Debut of freshman», and the former participants of the collectives, invited at the concert  supported young talents from the assembly hall.  Rector office sincerely congratulates the participants of the «Student spring» on successful appearance, wishing them inspiration and prosperity! 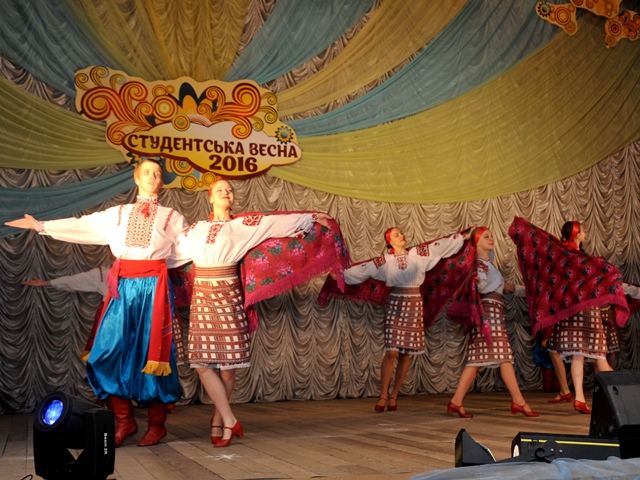