CURATOR\'S HOUR IN THE EDUCATIONAL AND SCIENTIFIC INSTITUTE OF ECONOMICS

CURATOR'S HOUR IN THE EDUCATIONAL AND SCIENTIFIC INSTITUTE OF ECONOMICS 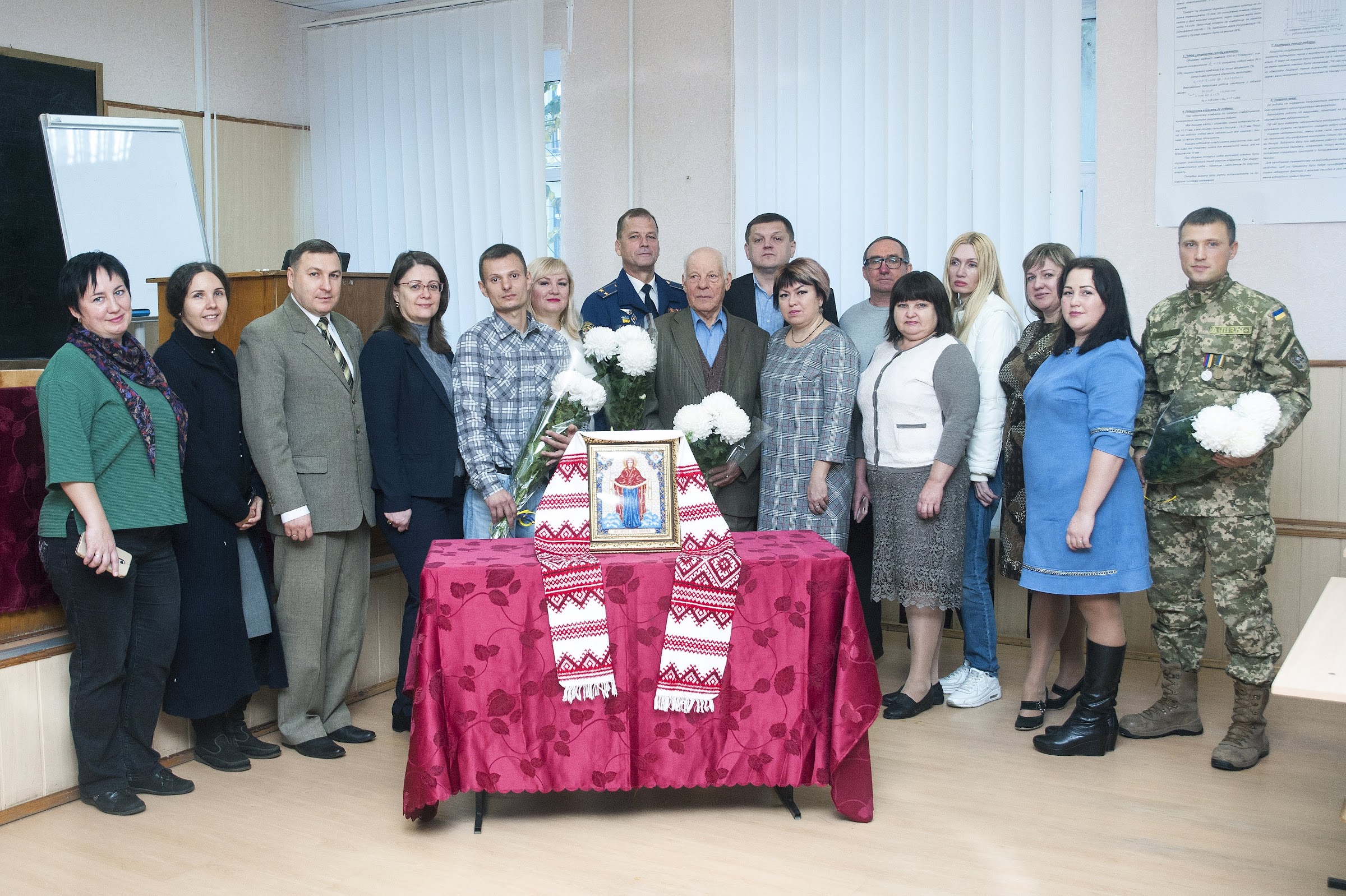 On October 9, 2019, the ESIE hosted a solemn event dedicated to the 100th anniversary of DSAEU within the framework of an open curator’s hour on the theme: Celebration of the Day of the Defender of Ukraine, the Day of the Ukrainian Cossacks and the Day of the Holy Virgin of the Intercession.

Guests were invited, including:

- Vice-rector for educational work, Professor Ohmat Petro, who served in the Soviet Army in the Rocket Forces of Strategic Purpose from 1959 to 1961;

- Associate Professor of the Department of Philosophy, Sociology and History Oleg Poplavsky, Lieutenant Colonel of the Reserve, Air Defense Forces, 1981-2002;

- Senior Lecturer of the Department of Accounting, Taxation and Management of Financial and Economic Security Sergii Yurchenko, who from 2014 to 2015 was commander of a platoon in the ATO area of ​​93 brigades;

- graduate of the Faculty of Management and Marketing, specialty "Management" of the OS "Master" Bruy Dmitro, from May 2014 to July 2016 was in the volunteer battalion of the Ministry of Internal Affairs of Ukraine "Dnipro 1". He served in the National Guard of the artillery unit, where he received the rank of officer of the Armed Forces of Ukraine.

Those invited to the event shared their memoirs and gave the following words to the students, as well as emphasized the need for formation and education of responsibility and patriotism in the society as a whole.

Students congratulated the guests with touching poems, a sympathetic song and honored the memory of those killed in the battles for independence and freedom of Ukraine by laying flowers at the memorial plaque honoring the ATO warriors of our university.

We wish you good health, success and prosperity. May harmony, trust and peace reign in our home!