ENHANCERS OF DSAEU ARE THE WINNERS OF THE PRIVATE INTERNATIONAL COMPETITION OF SCIENTIFIC WORKS ON GENIUS OLYMPIAD 2019!

ENHANCERS OF DSAEU ARE THE WINNERS OF THE PRIVATE INTERNATIONAL COMPETITION OF SCIENTIFIC WORKS ON GENIUS OLYMPIAD 2019!

Our university not only provides many opportunities for the formation of both professionals and personalities for students who are studying at us, but also provides scholarly work with talented students of the schools of the region. For three years in a row, we cooperate with the communal institution "Center for Ecological and Naturalistic Creativity of Student Youth" (KS TSENTUM) of the Dnipro District Council. Students of this project annually participate in regional and all-Ukrainian competitions of student's scientific works and become prize-winners and winners.

And this year, our team was first introduced with the student's research work "RECYCLING OF CONSTRUCTIONAL PLASTICS WITH ADDITIVES OF EXHAUSTED POLYETHYLENE" at the prestigious international competition for student scholarship GeniusOlympiad 2019, held at the College of New York University in Oswigo on June 17-21. . In total in the nomination "Science" was presented more than 800 works from 85 countries of the world!

The protection of works was held on the ice arena of the college in closed mode, that is, only the judge communicated with the students. Each work was evaluated by at least 4 judges according to many criteria: the relevance of the topic and the completeness of scientific research, the level of autonomy of the work performed by students, knowledge of English, in particular the terminology in this area of ​​science, the general erudition of the student and a number of others.

As a result, our student Derkach Polina won the second place and became a silver winner in this competition! With what and we congratulate the winners and wish to continue to participate in international contests in the future! 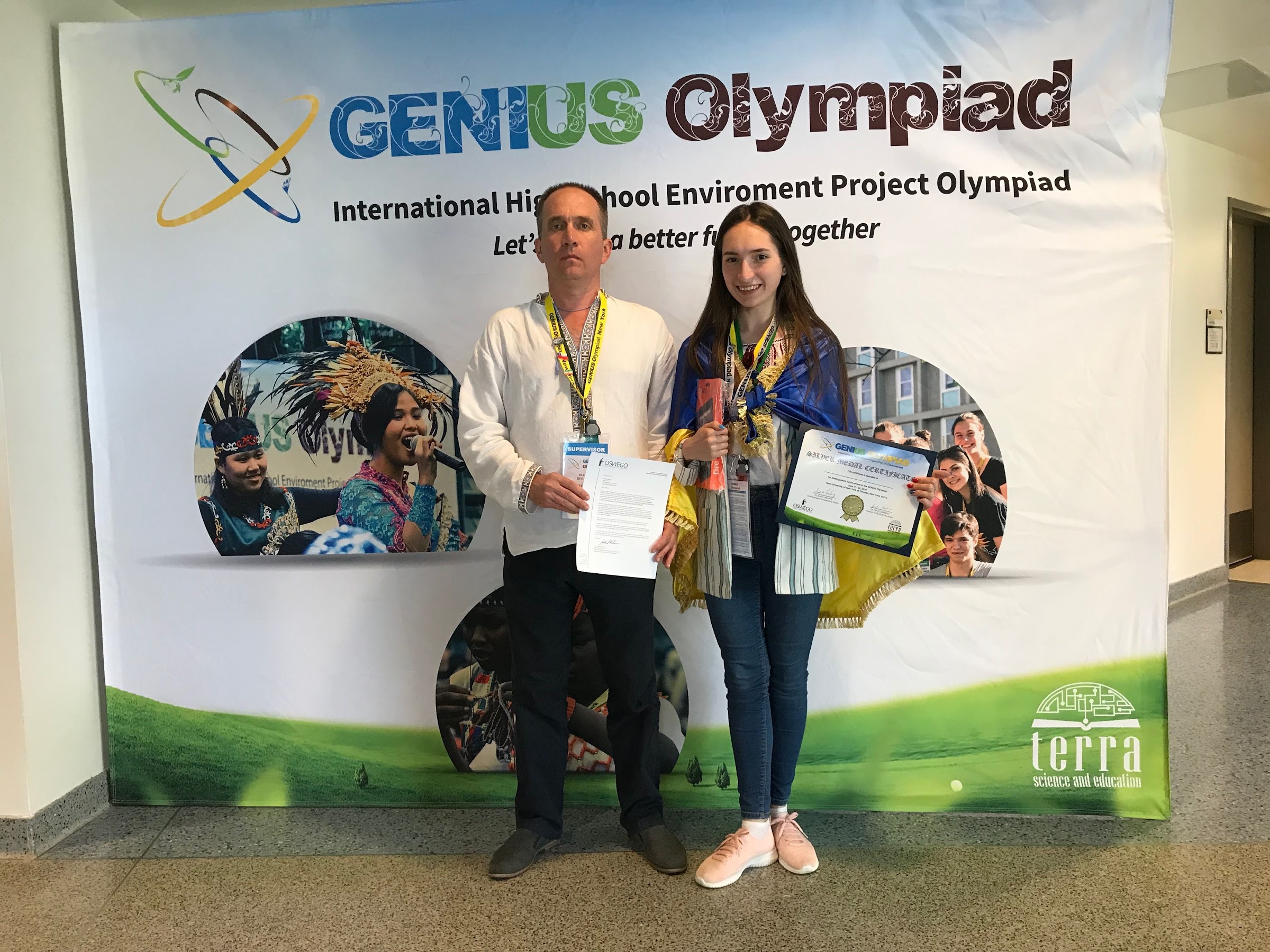 It should be noted that in the process of participation in the contest, students were able to interview with college teachers for further education, visit the Niagara Falls, take part in sports competitions and much to try their best. By the way, the wishers had the opportunity to present their country within the framework of the People's Fair and Performance. Ukraine was represented by a single, our number - a poem by Lina Kostenko "Wings", accompanied by a video, captured by a performer who highly appreciated the participants!

So, we invite you to study and scientific growth of our entrants! With us you will be able to be confident in your future!